Our preparation for Halloween started more than a month ago with the skeleton craze (see a post about it). E. has really been excited about this holiday. She didn't get the spooky part. She thought ghosts, skeletons and witches are funny and fell in love with the jack-o-lantern.

We, parents, did a lot of preparation for the big day, which was the 30th instead of the 31st October. 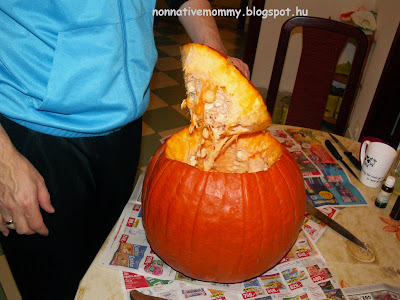 It all began in the nursery. A little costume party was organised in the afternoon and parents were invited. The kids had a short performance of singing and dancing in Hungarian and mostly in English. Songs like these:


E. knows them well enough as we've been watching nothing else but Halloween songs since she saw the Dem bones song:


E. knew exactly what she wanted to dress up as from the very beginning. What else than a skeleton. (I got her skeleton costume -pyjamas- from H&M).

As a part of the party the kids could have a look at how a pumpkin is carved into a jack-o-lantern.


The fun continued at home with our welcoming jack-o-door ... 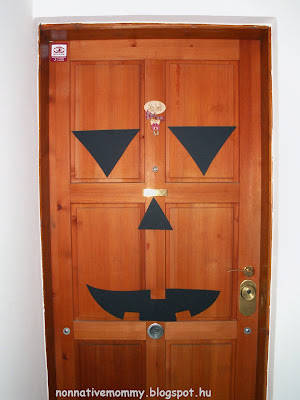 Batman is playing with the balloon, Pumpkin and Spider are looking for some toys, Fairy wants her Mommy in the backround and Skeleton is just gazing into air. What a company! 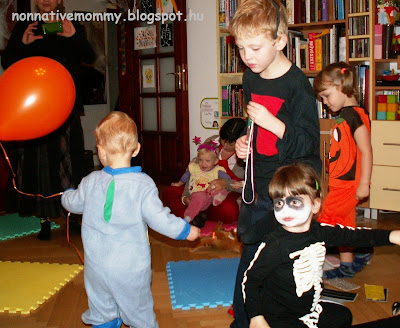 The parties, the excitement, the food, the costumes, the decorations and the atmosphere were all great and memorable for both parents and their little ones. See you next year! 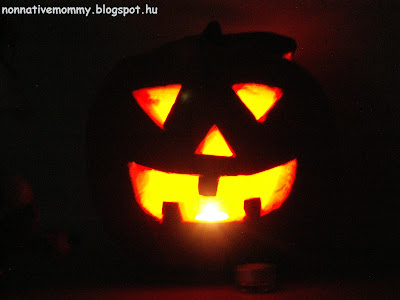