From birth to the 6th month


As I have already mentioned, my determination to raise a bilingual child wasn't strong at the very beginning. 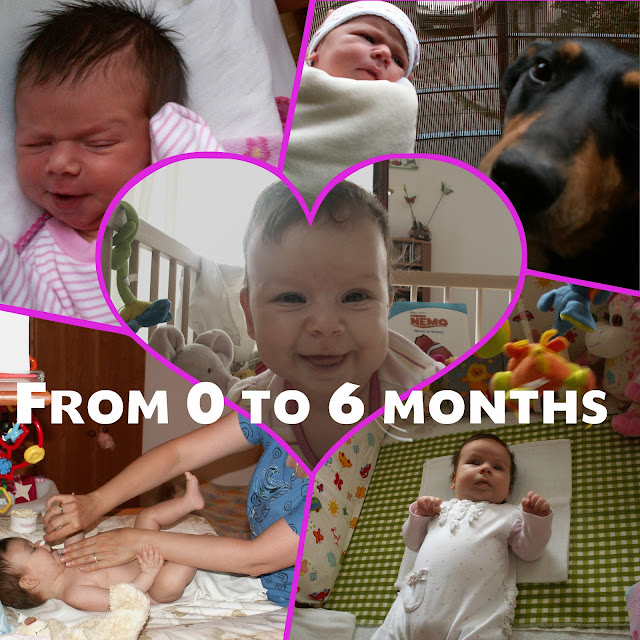 I did it half-heartedly after E.'s birth. I was singing a lot to E., who really enjoyed it, more than the Hungarian songs. She calmed down more quickly when I sang two of the songs:


So there was time when she couldn't calm down and I was singing these two songs for 30-40 minutes without any break. (Repetition is a key factor if we are talking about language acquisition at an early age)

During this first period I started to read books on the topic: Make your child multilingual by Silke Rehman 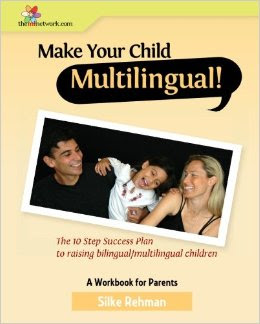 and 7 Steps to Raising a Bilingual Child by Naomi Steiner 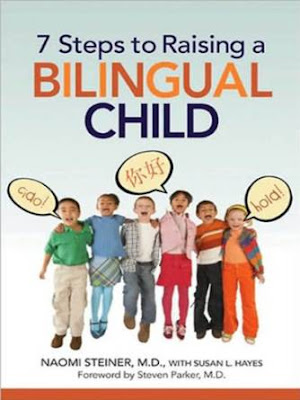 and I found both of the books very supporting and practical, still they don't deal much with a totally monolingual environment, where the second 'mother tongue' is a learnt language for the parents, and it's the parents decision to raise the child bilingual. They mainly focus on mixed marriages, where one parent speaks a language and the other speaks a different one, or monolingual families living abroad and the country's language is the dominating one. Both books discuss more or less the same topics focusing on determination of the parents, the consistency and a flexible plan. I do not want to go into details and give a review as I'd like to concentrate on what we actually do in our everyday life, but definitely these two books were really good theoretical and practical basis.

Much to my surprise I've found 2 books on the topic in Hungarian: 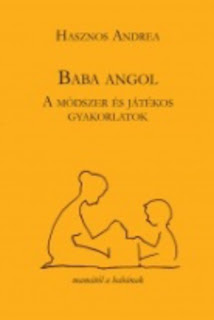 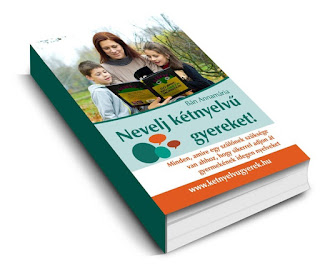 Again there will be no review of the books above. They are pretty useful readings for those in the same shoes although one is better than the other. Still, both are worth reading and collecting practical ideas how to manage life if you wish to raise a bilingual child or just want to introduce a second language in your home.

The authors of all four books emphasise the TIME factor a lot; how much time is spent on the languages. They recommend 30-40 percent of the child's day to be spent on the minor language, which is English in our case.

So I "wasted" the first 6 months. If I could start it again I would speak English to E. from the very beginning in a natural way as in Hungarian, but I did not. So she heard natural spoken English every now and then for 6 months. The positive side of it is regularity, which is also a very crucial factor. Every day I sang songs for her or told her rhymes no matter how our days were going.

Around the 3rd month we started to watch videos on youtube, though only for 2-5 minutes per day. I know there are a lot of different views on the topic (whether to let a baby watch moving images at this early age or not, but I found 5 minutes per day won't do any harm. According to some viewpoints, moving images have a bad effect on the child's brain, imagination).
She liked watching these videos so slowly we increased the time for 10 minutes per day until the end of the 6 months.

We usually watched the videos 2 or 3 times a day for 5 minutes each occasion. When E. got whiny it was a great way to refresh her, or keep her busy when she was a little bored. From one week to the other she enjoyed it more and started to smile at the characters. She also recognised the song when the first image came up or the song began.

In this period my main focus was on fun and regularity. We didn't overdo it, just enjoyed being with E. and see how her intellect opens up.