When E. became 6 months old, I was on the net all the time when she was sleeping to find more inspiration on raising a child bilingual here in Hungary. I wanted to find other moms who were in the same shoes as me. And I found one on facebook: M. organised  the so-called Mums' English Club (MEC) in her district in Budapest. It was totally free of charge. 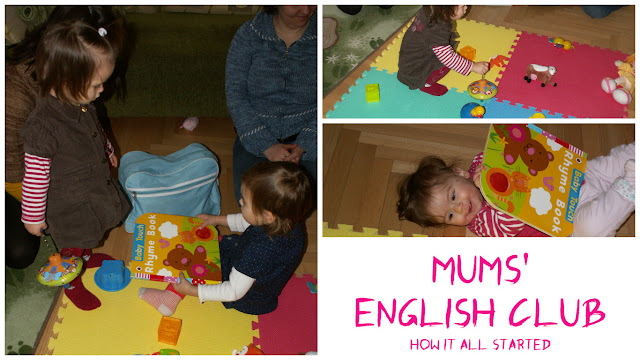 M. raises her daughter bilingual, too. MEC is and hour/hour and a half get-together where moms and their babies come together. Moms chat while the kids are playing. Baby rhymes and songs in English could be included but it's not a must. The main point of the club is to create an English environment for the children, where they can hear that English is another, natural way of communicating with one another.

I was over the moon to find M. who is working on the same, creating as many opportunities for her daughter to be in an English-speaking environment. We corresponded a lot, she supported me, and helped me in numerous ways:

You can find this group of Hungarian and non-Hungarian moms here on facebook. And this community is growing, you can find some groups in the country-side, too. It might happen that one day it'll be a Hungary-wide project.

After all, I made a poster and advertised our MEC in the library nearby, and on the net. 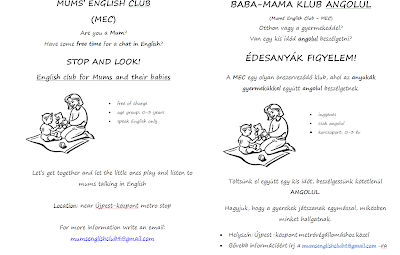 Soon the first MEC took place 22 January 2012. It was an hour long and only one mom and her 11-month-old baby came. Still, it was such a victory. Something I managed to make up in order to get closer to my aim. 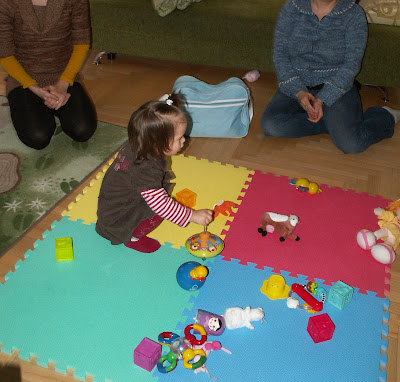 Later on, within a month, 2 other moms contacted me and by the end of February we were four moms and four kids chatting and playing and having fun in English. Now we meet on a weekly basis, if holidays, sickness do not chime in. If the above ad has drawn your attention and you feel like joining us, do not hesitate to contact me. 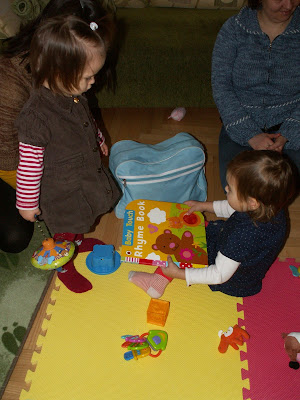 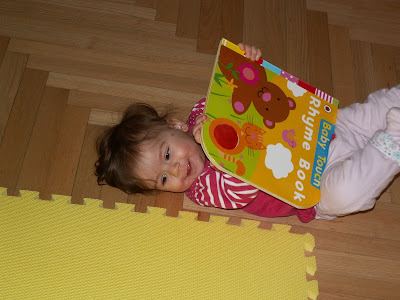 Unfortunately, two of the moms are going to take their children to nursery as they're going back to work, so I need to put out some more posters in the area again to find new moms, new playmates.
Bejegyezte: Non-native Mommy dátum: 14:17
Email ThisBlogThis!Share to TwitterShare to FacebookShare to Pinterest
Címkék: baby sign language, English environment, facebook community, inspiration, MAKATON, MEC, Mums English Club, playmates